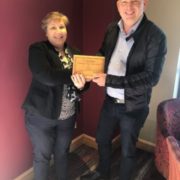 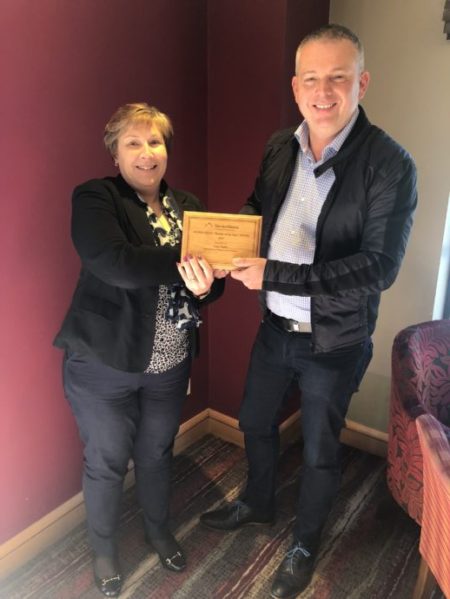 Merry Maids of Kingston covers Kingston Upton Thames, Richmond, Wimbledon, Putney, Wandsworth, Kew, Coombe, Ham and East Sheen and has been operating since 2017, providing domestic cleaning services to both regular and one off customers.

Along with picking up the award for Rookie of the year, which celebrates outstanding new franchisee’s, the business has also had notable steady growth throughout the previous 12 months.

Picking up these awards are no easy task, and we do all that we can as a franchisor to recognise the hard work and dedication of each franchisee. The aim of the awards is not only to recognise the work that goes into franchising, but also recognise when a business has done something truly outstanding.

We held our annual conference in Leicester and it consisted of networking events, presentations and talks, with the awards finishing the day off.

“It was great to see so many of our franchise community and suppliers gathered together to engage in the Summer Summit event. I am always appreciative of the commitment that our franchisees and suppliers make in taking a day out of their business to invest time with peers, colleagues & the franchise support team at ServiceMaster.”

Recognising some of the less obvious, but nonetheless culturally vital parts of franchising is imperative to us as a franchisor and the Summer Summit conference allowed this to happen for us and our franchisees.

Awards were given for not only growth, but also to those that have given back to their community, or employees of franchisees that have demonstrated their commitment to the brand attributes engaging in initiatives and actions with colleagues and customers well beyond their job description, very often in their own time at their own expense.

“I’ve made a conscious effort to continuously hit targets throughout the last 12-months. It’s something that I find motivating and this month I hit £10k 3 months earlier than anticipated so I’m thrilled with that.

“Obviously it’s a great achievement to pick up the ‘Best Newbie’ award this year, and the next year will now be spent building on that.”

Being a part of a franchise network isn’t just about following the same business model and adopting the same branding, it’s about being part of a bigger picture, a network of likeminded business owners all willing each other to do well in business.

If you would like to be a part of Merry Maids, contact our franchise sales team on 0116 275 9005 or email franchisesales@servicemaster.co.uk for a copy of our business prospectus